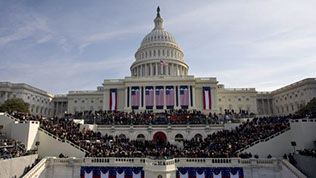 With an upcoming inauguration, today’s tip explains the differences between two words that sound and may even be related:

Precedent refers to something that went before; it precedes something or serves as an example.

President refers to the leader of an organization. Records show the term was first used in the American colonies and is used in that manner in the U.S. Constitution.

So you could possibly say America set a precedent by creating the role of president.