It’s been a few weeks since we have had a Tuesday Tip. Today I’m sharing a tip that I ran across while working. Hopefully it helps someone.

Pail: A pail is a noun and it refers to a container or bucket that is used for holding or carrying something.

Pale: Pale is an adjective, verb or a noun. As an adjective it means weak or light in color. As a verb it means to become pale or seem less important. As a noun pale means a post or a boundary.

And you know I love visuals so here you go. 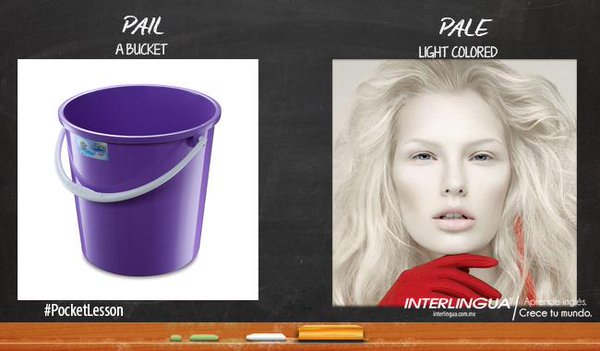 The Tuesday Tip this week is short and sweet.

A vial is a noun. It is a small (typically glass) container, usually with a cap.

Vile is an adjective. It means disgusting or morally reprehensible.

Here is a quick photo to help remember the distinction.

Today’s tip is short and sweet.

Here is an adverb meaning in, at or toward a location or position.

Hear is a verb meaning to listen or perceive sound.

A quick tip to remember the difference? Hear has the word ear in it. You use your ears to listen. 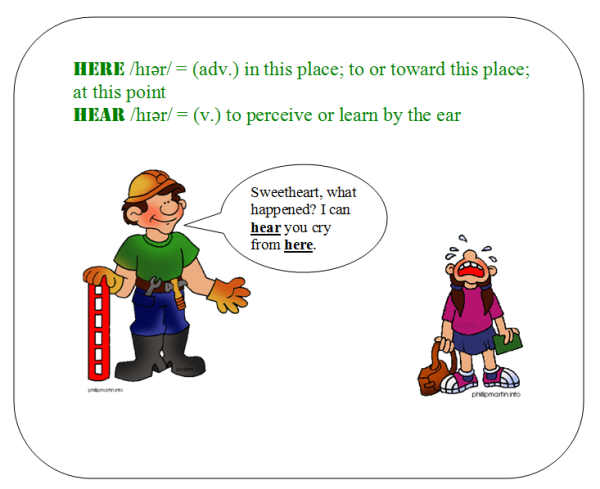 This week’s Tuesday Tip is short and sweet.

Allowed is the past tense of the very allow. It means to give permission or let happen.

Here’s the picture for you visual learners. 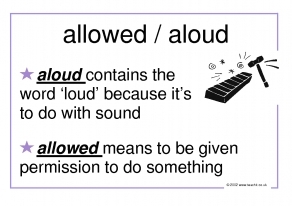 Working predominantly in the romance genre, I tend to see the same mistakes often. Today is an example of a common mistake. While an argument may be made that both words will work when speaking of that one true love, soul mate is the correct choice. Here is a breakdown of each word.

Sole may be used as an adjective, noun or verb. As an adjective sole means only or single. As a noun it can be an edible type of fish or the underside of a shoe or human foot. As a verb it can be used when applying a new underside to a shoe.

Soul refers to the spiritual nature of a person or the spirit of a dead human being which has separated from the physical body.

And because you know I love visuals… 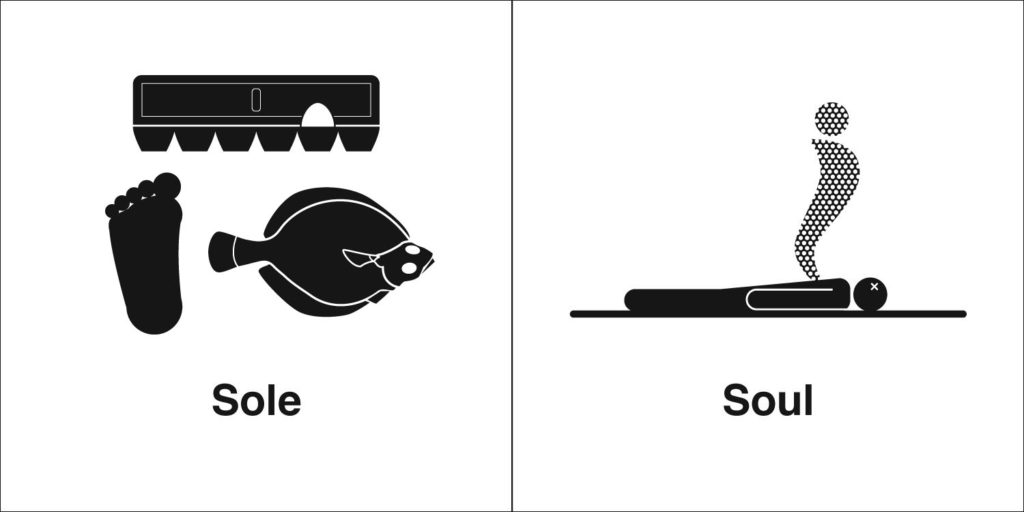 I try to make my job as an editor a family affair. My kids love to hear about the stories I’m working on and offer suggestions for things to add to my website. Today was no exception. When I asked my 10 year old what homophone I should use as today’s Tuesday Tip she immediately had an answer for me. I’m not sure if this is a word pair she often confuses, if they just discussed the pair at school or if this was simply the first option that came to mind. But, today’s Tuesday Tip is Stationery vs. Stationary.

Stationery is paper used for writing letters and oftentimes comes with matching envelopes.

It’s fairly straightforward but easily confused. Here’s a graphic that should help as well. 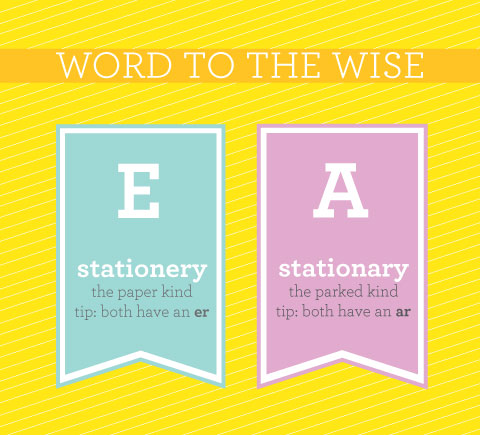